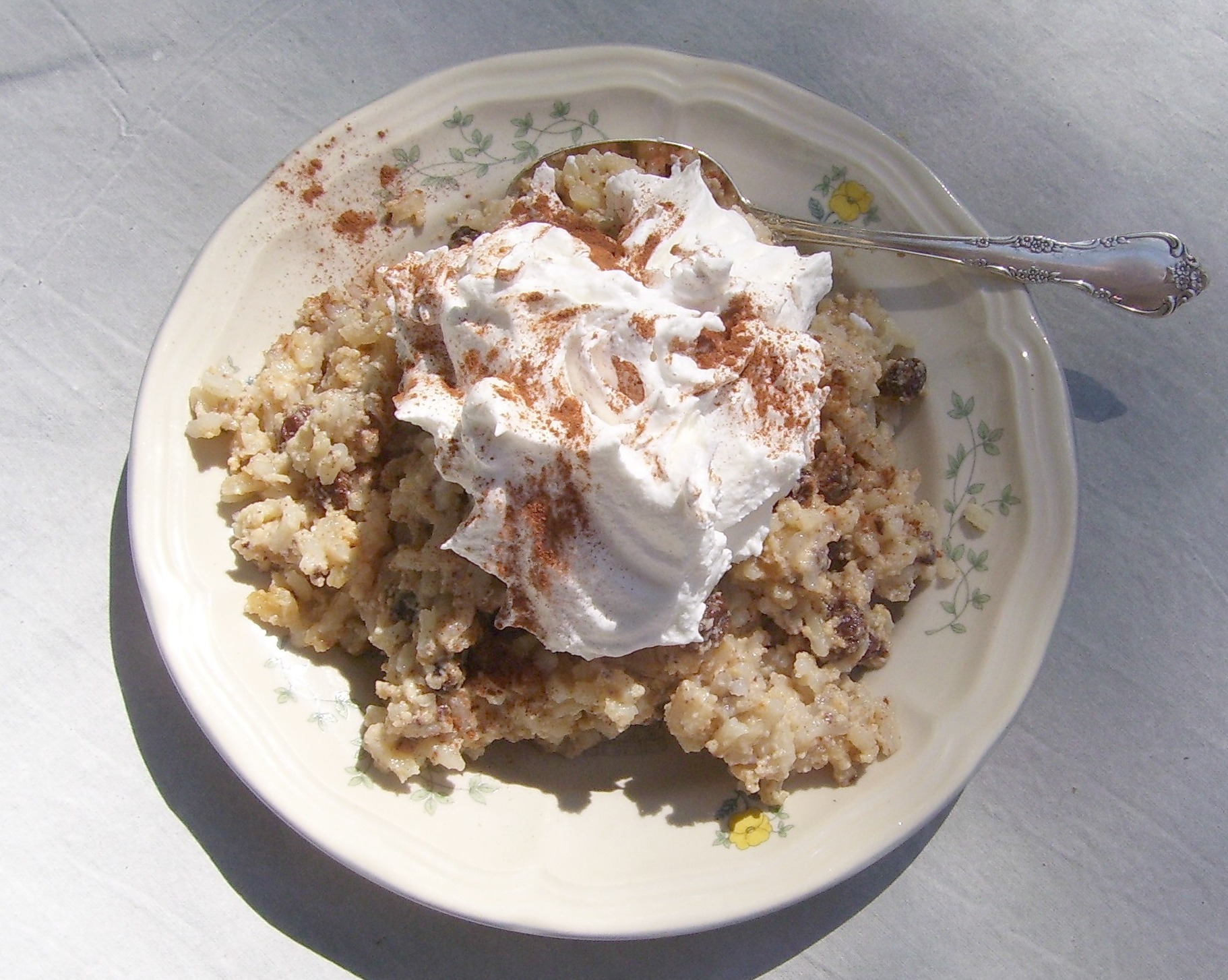 This Baked Rice Pudding Recipe is the best rice pudding you can put in your mouth.

It is baked in the oven with rice, evaporated milk, dark raisins and cinnamon, topped with luscious homemade Whipped Cream Made From Scratch to give your guests a scrumptious, old fashioned recipe taste to remember.

When my siblings and I were growing up, puddings were often the dessert in our home and in the homes of relatives and friends.

It could have been they were made and served so often because they were so delicious, easy to make and contained readily available ingredients at cheap prices.

Whatever the reasons, everybody liked rice pudding.

I remember the ones that Mama baked in a pan called a pudding pan.

They were a little soupy, full of dark raisins and piled high with billowing, luscious meringue, sweetened with a little vanilla extract.

I never saw Mama make one using a recipe so I never got a recipe from her, of course.

However, I do remember her mixing her puddings in the pan she baked them in, then beating her egg whites with a fork and placing the meringue on top of the pudding.

She didn't have a hand mixer so that is how she mixed her cakes and puddings and other goodies back then... with a spoon and a fork.

I couldn't figure out how she got her meringue on top of a soupy rice, milk and egg mixture.

So for this Baked Rice Pudding Recipe instead, I topped it with my old faithful, Homemade Whipped Cream Made From Scratch.

I was excited at the results... the look and  I got the taste!

I think you will say this is the best Oven Baked Rice Pudding Recipe you have ever made used.

Or perhaps you will like the Baked Rice Pudding Recipe with Meringue Topping at bottom of page.

It is awesome, too. The two recipes are similar with the main difference in the toppings.

Enjoy them both! Bon Appétit!


Add water and butter in a medium saucepan. Bring to boil on medium heat and stir in rice.

Stir in sugar. Stir in vanilla extract and beat on medium until the sugar is well incorporated.

Stir in raisins. Set aside unless your rice is ready.

When rice is done, stir in the hot rice and mix well.

(The rice and raisins will sink. That's OK because you are going to stir your pudding later.)

NOTE: You can sprinkle the cinnamon over rice before you put it in the oven the first time.

However, I have found on occasions the cinnamon will develop a bitter/burned taste when sprinkled on top and cooked a long time.

If your oven is very small you may need to remove the pudding it from the oven to stir it and sprinkle on the cinnamon.

If you like your pudding very creamy, bake it only an additional 15 minutes.

If you like it a Baked Pudding Rice Recipe to make your dish a little thicker the way these images show, bake it the full additional 20 minutes.

Remove from the oven and let cool at least 15 minutes.

Your pudding will continue cooking in the pan somewhat, as it cools.

Therefore, it will be a little thicker when it gets cold as the rice sucks up more moisture as it sets.

Serve immediately warm or serve it cold. Chilled in the refrigerator a few hours, if preferred.

Serve it with the Whipped Cream Topping From Scratch, recipe below, or ice cream of your choice.

A dollop of vanilla ice is amazing served as a side with this Baked Rice Pudding Recipe.

It is also delicious served warm or cole with a few spoonfuls of cold heavy cream spooned over it.

Especially, if served for breakfast! 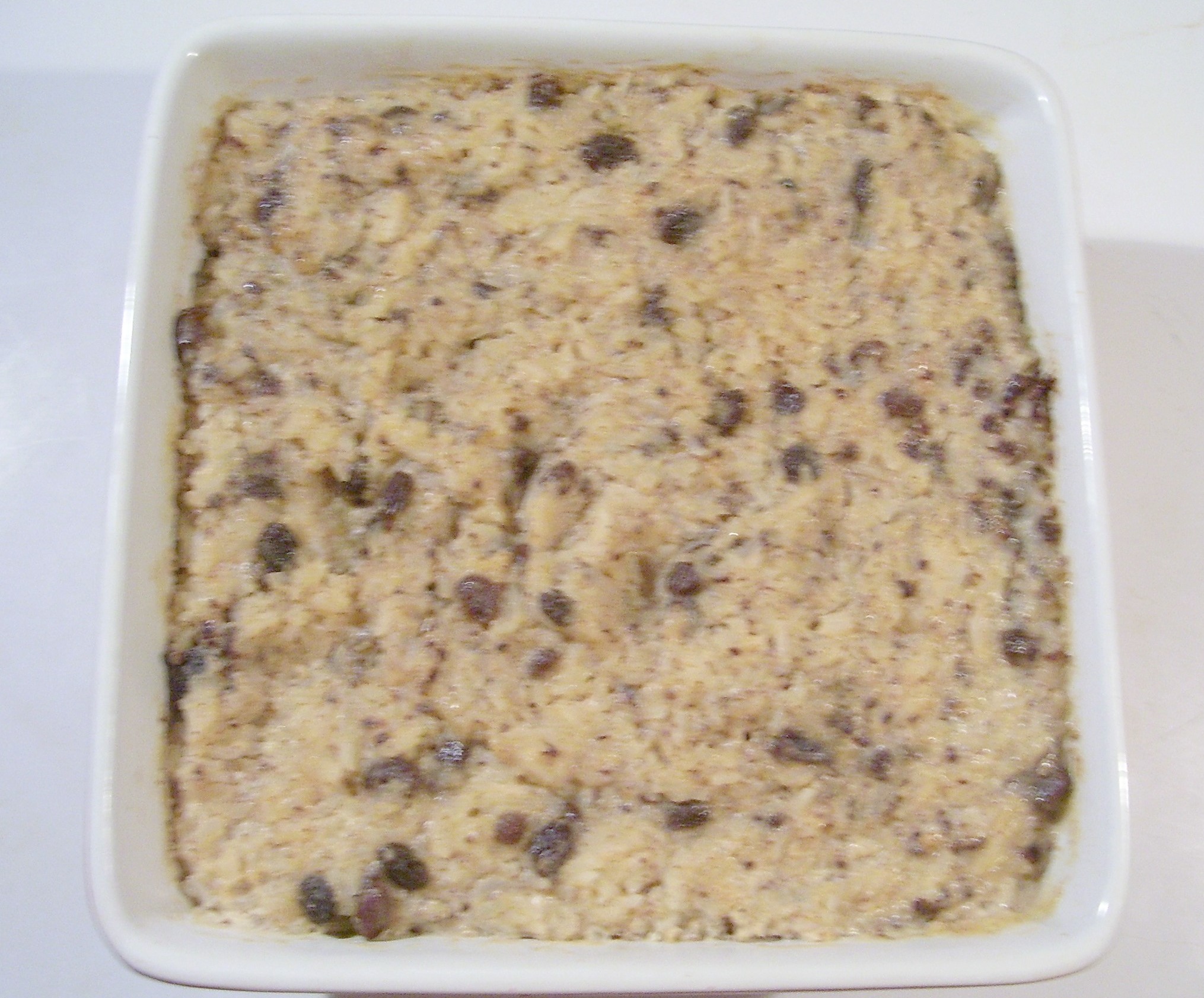 Whipped Cream Made From Scratch
For Baked Rice Pudding Recipe

Add vanilla extract and whip some more until it is thick enough to spread.

Do Not over beat whipping cream or it will turn to butter. 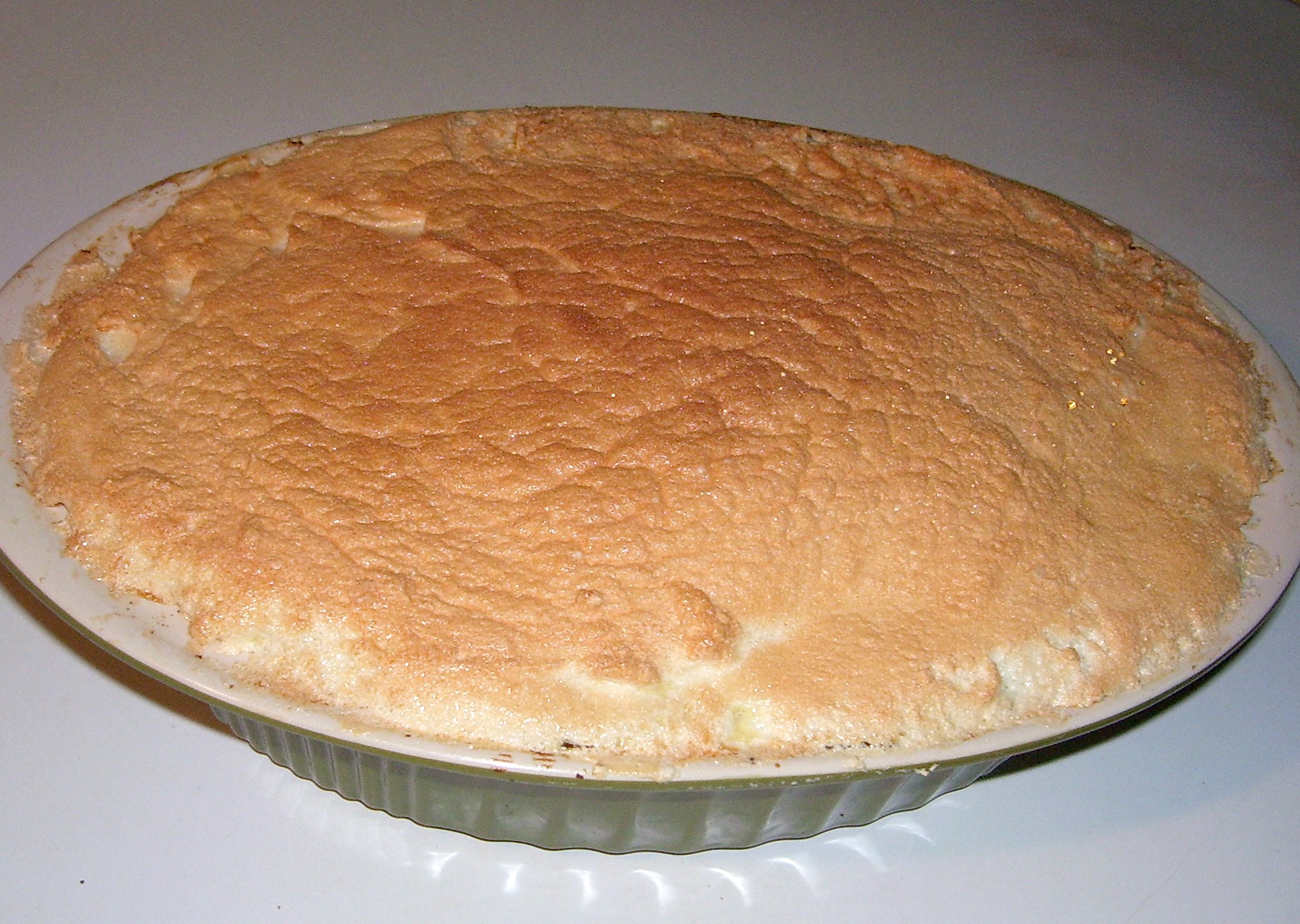 Bring water, salt and butter to a rolling boil in a medium size saucepan.

Stir in rice, cover with lid.

Reduce heat to medium and cook for mins or until the rice has is almost reached Al Dente phase.

Al Dente means that rice has been cooked to where it is edible, yet firm.

Some folks prefer thier rice cooked to a softer stage like Risotta is.

Remove the pan from heat, but let it sit with the lid on while you finish preparing the other ingredients.

Separate the whites and yolks of 3 eggs, placing the whites in a small separate bowl and set aside.

Place the egg yolks plus the remaining 2 eggs in a stand mixing bowl.

Remove 3 tablespoons white sugar and set aside for the meringue.

Beat on medium speed until well blended and sugar is not so grainy.

Fluff rice with a fork, and fold into the egg mixture.

Fold in raisins and pour mixture into a 2 1/2 or 3 quart casserole or other glass baking dish.

Bake in a preheated 325F. oven for 25-30 minutes stirring every 10-15 minutes until rice has absorbed the liquid.

About half way through baking, fold in the cinnamon and allspice.

Cinnamon tastes stronger and fresher when added towards the end-time of cooking.

Stir in cream of tarter.

Beat in valilla about 30 seconds.

Add sugar a little at a time until all is used.

Scrape down sides and bottom of bowl.


Continue beating meringue on high speed until it forms stiff peaks, being carefull not to overbeat.

Over beating, even just a little, can cause some of the beaten in air bubbles to deflate and you can't restore them.

Turn oven to 350F. and bake about 15 minutes until golden brown.

Remove from oven and place pudding on a wire rack, away from a draft to cool.

Pudding can be served warm or cold.

*It is important that the pudding be hot when spreading the meringue over it to help prevent beading and shrinking.

Quick and easy Rice Pudding is cooked on top of the stove like Grandma used to make.

This  recipe does not contain eggs.