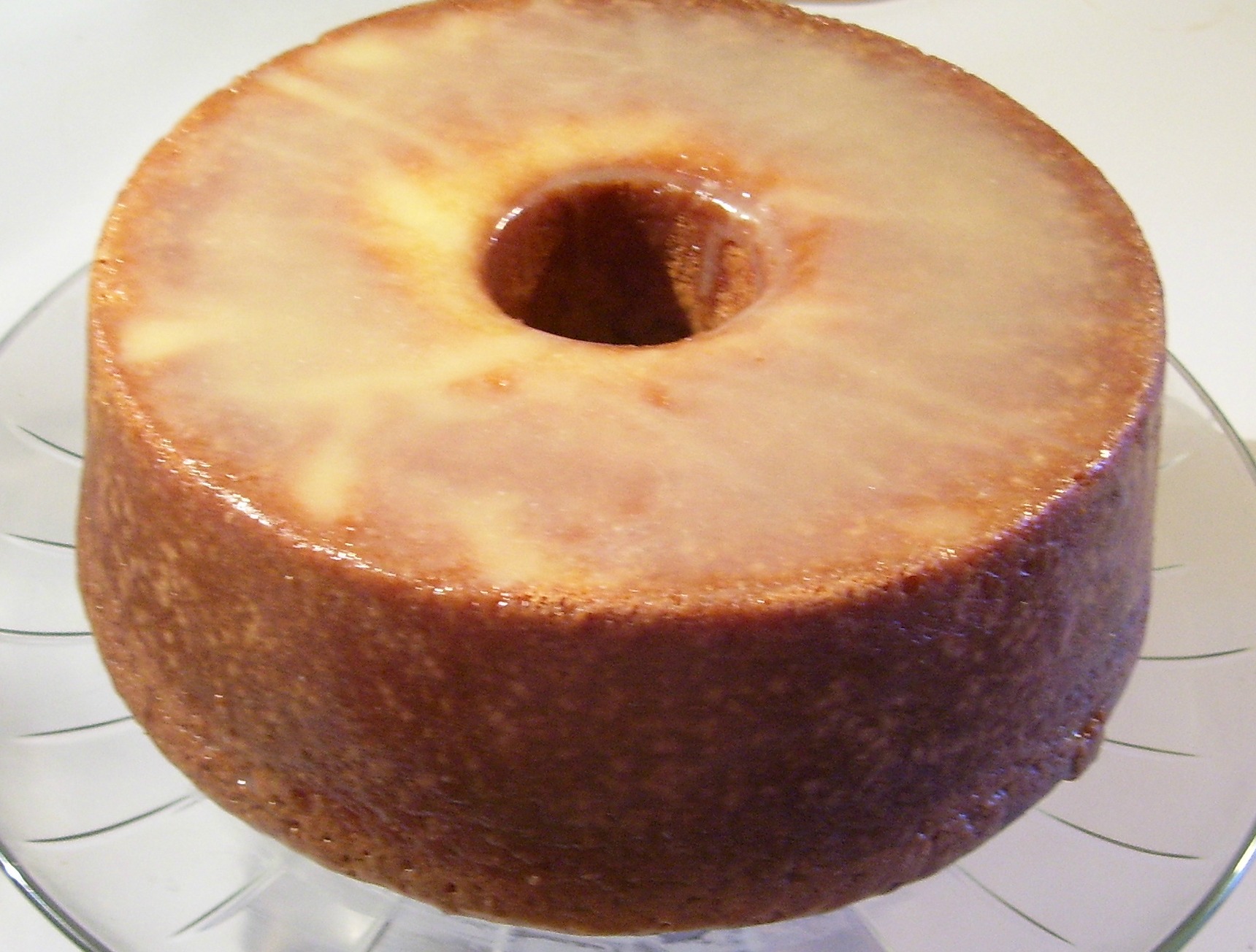 Old Fashioned Sour Cream Pound Cake Recipe made from scratch is a delicious cake you will want to bake again and again.

It is made moist with butter and lots of sour cream without baking soda to render it full flavor.

Select one of the glazes to give your homemade Old Fashioned Sour Cream Pound Cake the look and taste of a bakery-made.

I was introduced to this Old Fashioned Sour Cream Pound Cake in the early 1970s when I was holding Tar Heel Tasting Parties for my salespeople.

One of my representatives made this Old Fashioned Sour Cream Pound Cake Recipe from scratch and brought it to share with the attendees.

I wasn't as crazy about the cake back then because I thought it was a little too dry (overcooked, maybe ) and a little too plain.

She never frosted it or put any other kind of topping with it.

But, others loved her cake, which is why she kept bringing the same thing.

Recently, I went through a few old faded recipes and came across this one.


I thought, well I'm seeing this or one sorta like this around on the internet lately, I think I'll give it a try. I did

It still did not meet my expectations.

Then I did what I always do when something I make doesn't quite make the mark.


I started to study my recipe.(I know. I should do that before making the cake ).

There it was! Not enough fat ratio for the moisture and tenderness I was looking for.

Plus, the recipe contained baking soda in the formula instead of baking powder I would prefer.

"Well, I wanted the acid taste of sour cream, didn't I?" Sure I did... I was talking to myself.

I added a thin glaze to cover the cake and give it glamour and heighten it's flavor.

I was pleased with the results and hope you like this version! 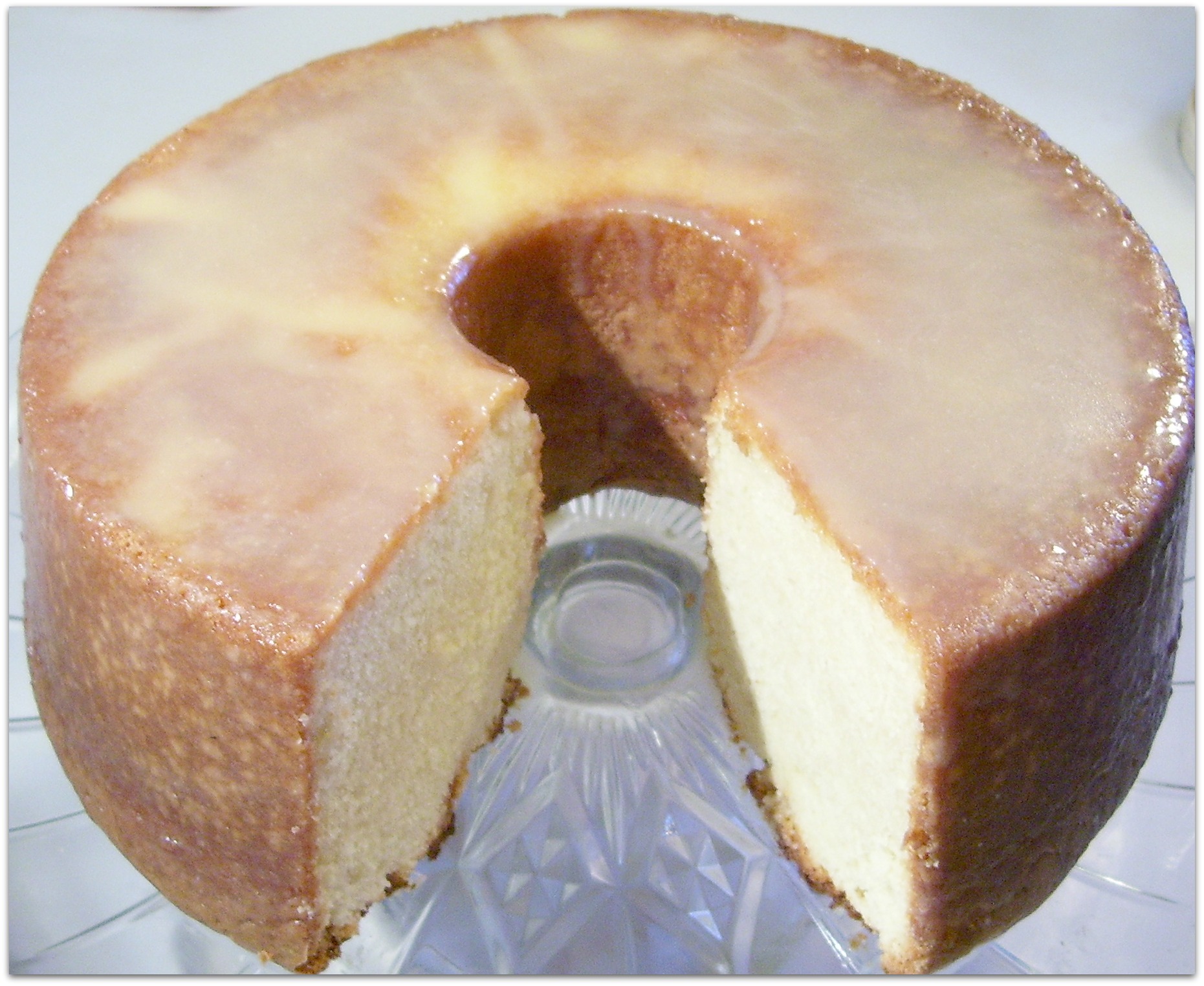 Remove eggs, butter and sour cream from the refrigerator.

Separate egg whites from yolks, being careful not to get any yellow part into the whites.

Tip: The eggs are easier to separate while cold and whip up more air after they come to room temperature.

Place the yolks in a small bowl and set aside to come to room temperature.

Add baking powder and salt to sifted flour and sift again. Set aside

Place a cut-to-fit ring of parchment paper on the and grease it with the butter.

Dust bottom and sides with flour. Shake out the access and set aside.

You want your egg whites to incorporate as many air bubbles as possible to give your cake a nice rise, but DO NOT over beat them.

If you start to over beat your egg whites you will see the air bubbles beginning to dissipate and your mixture deflating.

Let the butter cool down slightly so it will be easier to cream but cream it while it is still a little firm to the touch.

Cream the butter about 30 seconds. Scrape bottom and sides of bowl.

Add sugar to butter gradually creaming until it is light and fluffy and not so grainy.

Add egg yolks, one at a time, creaming well after each addition about 20-30 seconds.

Stir in flavorings and cream a few strokes. Scrape down sides and bottom of bowl.

Gently fold in flour and sour cream a little at a time alternating, starting and ending with the flour.

Turn mixer on medium speed and beat 20-30 seconds. Scrape down sides and bottom of pan.

Gently, fold in eggs whites making sure to get the bottom of the batter folded in.

Spoon or pour batter into your prepared tube pan.

Lightly smooth the top and place in the preheated oven.


When done top will be lightly browned, center will spring back when lightly touched with your finger and the sides of cake will be shrinking from the cake pan.

Test the center with a skewer or small thin knife. If it is not done in the center you will see wet or damp crumbs on skewer or blade of knife.

When done, remove from oven and place pan on a cooling rack for about 10 minutes.

Loosen edges and invert onto a cooking rack to cool unless you are going to glaze the cake.

If you choose to glaze your cake (which I recommend) it is best to invert onto your cake plate.

Stir in powdered sugar and milk.

Stir until sugar has dissolved and remove from heat.

With a pastry brush, glaze sides of warm Old Fashioned Sour Cream Cake and let the glaze soak in.

Take your time with this step because the glaze will be thin and runny.

(That is good because it will easily soak into the cake and not look more like a frosting than a glaze.)

Brush glaze on top of cake.

After brushing as much as you can on the cake sides and top, pour the rest of the glaze on top of cake and smooth it over with a small knife or spatula.

Let set a couple of hours to soak in and cover cake. (I use a covered cake stand. Works great!)

This Homemade Old Fashioned Sour Cream Pound Cake recipe makes an excellent dessert to be made and frozen whole or sliced for individual servings later at a moments notice.

Combine of any of these you like to make your cake unique.

If you are choosing a juice instead of flavoring, use 2 tablespoons of juice and reduce the milk by 2 tablespoon. 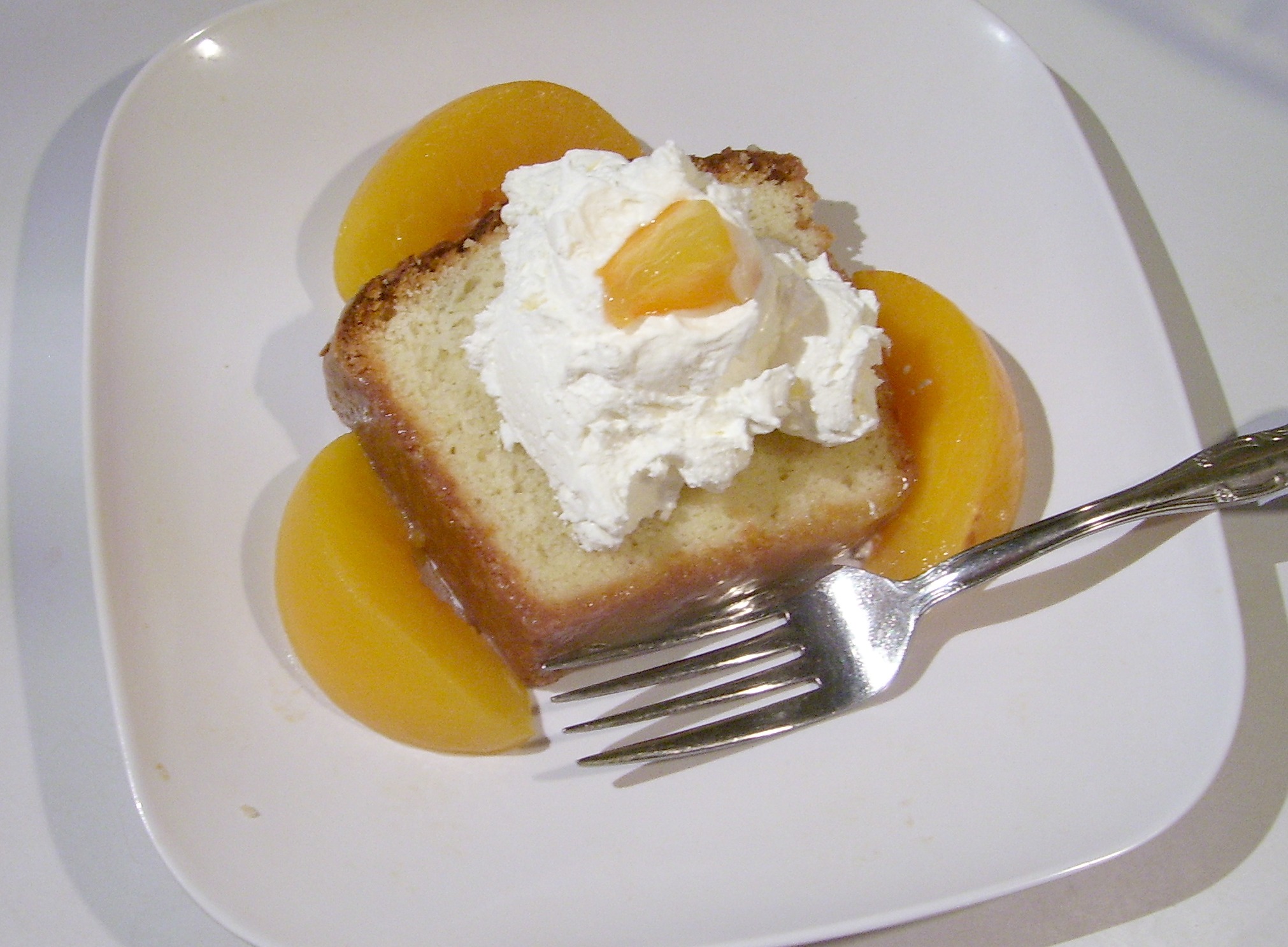 There a myriad of serving opportunities for Old Fashioned Sour Cream Pound Cake Recipe made from Scratch.

Serve it warm or cold.

Serve it with Homemade Whipped Cream whether you have enhanced it with a glaze or not.

Frozen fruits like Blackberries, Blueberries, etc. are excellent too.

Your creative ways are endless.

Mix together thoroughly and store in a spice jar or other container with a tight lid.

Store in a cool place.

This is really scrumptious sprinkles on the peaches and then again after topping with the Homemade Whipped Cream.

Cinnamon sugar may be sprinkled on other foods, also. It makes an excellent topping for cooked like oatmeal, etc. or uncooked cereals.